Occupy This Body, A Buddhist Memoir
by Sharon A. Suh 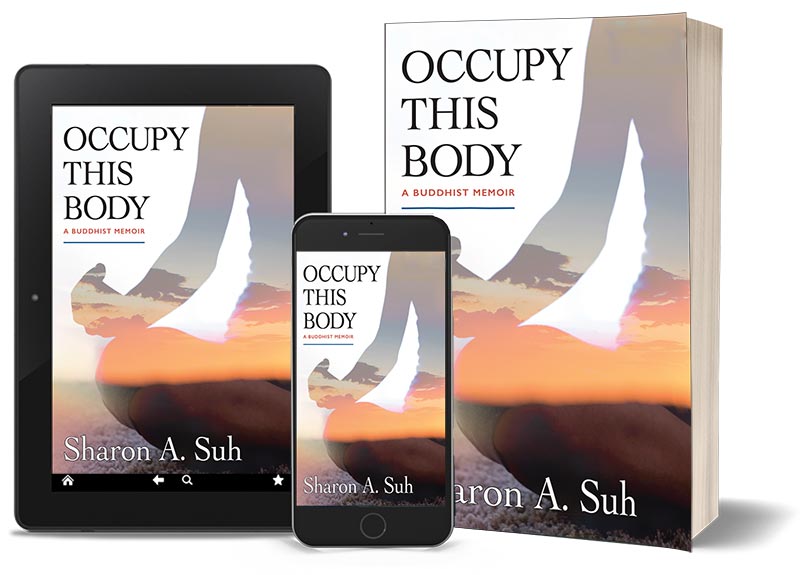 Occupy This Body: A Buddhist Memoir

In this memoir of one woman’s awakening to Buddhism and her body, Professor Sharon Suh reflects upon her pursuit and practice of Buddhist meditation and mindful movement to come to terms with a lifetime of struggles around body image, disordered eating in her family, and the cultural silence surrounding abuse and mental illness in Asian American families. Occupy This Body offers an intimate portrait of growing up in Long Island as a second generation Korean American in what appears to be a model minority household where respect for elders, sacrifice, hard work and academic achievement hold sway. But beneath this veneer of success, she struggles with the devastating effects of growing up with a mother who suffered from anorexia and mental illness as she directed her wrath—and her body issues—onto her daughter. In this memoir she shares how she learns to occupy and feel at home in her ever-changing body through Buddhism, meditation, yoga, and mindful eating. In so doing, Occupy This Body relieves some of the heavy burdens of silence and invisibility that affect women in America today.

READ AN EXCERPT from Occupy This Body: A Buddist Memoir in the Lion’s Roar Magazine, April, 2019

LISTEN to an interview from Occupy This Body: A Buddist Memoir from the Secular Buddist Podcast 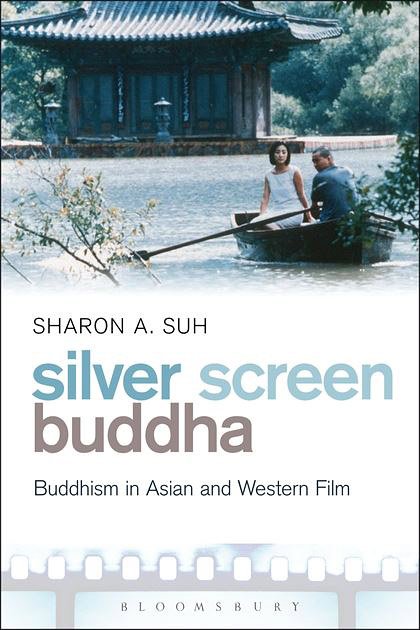 How do contemporary films depict Buddhists and Buddhism? What aspects of the Buddhist tradition are these films keeping from our view? By repeatedly romanticizing the meditating monk, what kinds of Buddhisms and Buddhists are missing in these films and why?

Silver Screen Buddha is the first book to explore the intersecting representations of Buddhism, race, and gender in contemporary films. Sharon A. Suh examines the cinematic encounter with Buddhism that has flourished in Asia and in the West in the past century – from images of Shangri-La in Frank Capra’s 1937 Lost Horizon to Kim Ki-Duk’s 2003 international box office success Spring, Summer, Fall, Winter…and Spring.

The book helps readers see that representations of Buddhism in Asia and in the West are fraught with political, gendered, and racist undertones. Silver Screen Buddha draws significant attention to ordinary lay Buddhism, a form of the tradition given little play in popular film. By uncovering the differences between a fictionalized, commodified, and exoticized Buddhism, Silver Screen Buddha brings to light expressions of the tradition that highlight laity and women, on the one hand, and Asian and Asian Americans, on the other. Suh engages in a re-visioning of Buddhism that expands the popular understanding of the tradition, moving from the dominance of meditating monks to the everyday world of raced, gendered, and embodied lay Buddhists.

“Suh’s provocative analysis of the “hidden transcripts” of Buddhist film turns the cinematographic lens on producer, director, viewer, and viewed. Her evocative prose places critical analysis alongside artistic imagery in imaginative juxtaposition. Is Buddhism the sum of its portrayals or something different altogether?”

“Sharon Suh invites the reader to re-imagine Buddhism through the lens of film, a genre that is too often dismissed as ‘entertainment’. She offers fresh insights that illuminate previously overlooked dimensions of Buddhist thought and culture in vivid and original terms” 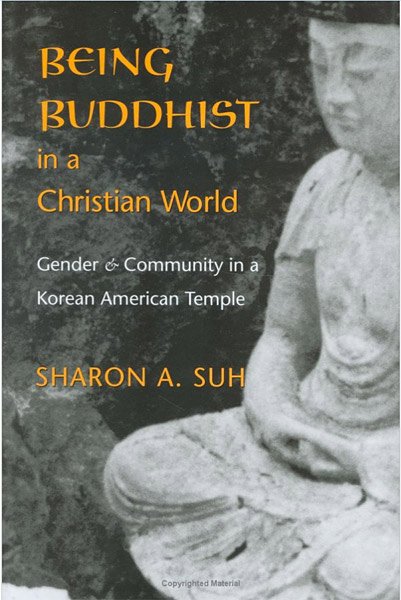 Being Buddhist in a Christian World

As a commentary on ethnicity, Being Buddhist in a Christian World challenges much of the existing literature in Asian American studies by placing religion at the center and illustrating its importance for shaping ethnic identity. Not only does Suh ask how Korean American identity might be grounded in religion, she goes on to examine the implications of this grounding when the religious tradition is considered to be socially marginal.

Sharon A. Suh is a professor of Buddism at Seattle University.